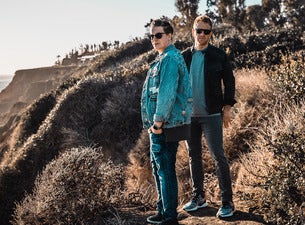 Riding high after a busy 2013 festival schedule that included Electric Daisy Carnival and Creamfields Australia, producer/DJ duo Tritonal hit the road once again for the Colors Tour 2014. With their melodic brand of anthemic EDM, Tritonal are no stranger to late nights of ecstatic dancing, and fans can count on nothing less as they unleash their electric live sets on clubs across the country. With a new radio show called Tritonia airing weekly on Sirius XM radio and an ever-growing army of fans known as Tritonians, the duo are set to stun on the road in 2014.

Formed in Austin, Texas in 2007, Tritonal consists of DJ/producer team Chad Cisneros and Dave Reed. With their 2011 debut LP Piercing the Quiet, the duo scored eight Top 20 Beatport singles, a feat that landed them on DJ Mag's coveted Top 100 DJs of 2012 list. In addition to the three-EP Metamorphic series released throughout 2013, the band embarked on an extensive tour, hitting up some of the EDM circuit's biggest festivals in addition to 40+ North American club dates. In conjunction with the 2014 release of "Colors (feat. Sterling Fox)," a collaboration with Paris Blohm, the duo hits the road once again for the Colors Tour 2014.