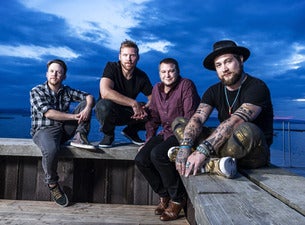 Vermont-based quartet Twiddle puts their own unique stamp on classic genres like reggae, funk, and folk by incorporating scorching solos and complex musical improvisation into their laidback sound. The group's jam mentality is elevated by a genuine gift for storytelling, courtesy of Mihali Savoulidis’ earthy vocals and relatable lyrics. The remarkable interplay among band members is on full display in concert, where they treat ticket buyers to sweet harmonies that'll give them goose bumps. On their Dirty Dozen tour with like-minded band Kung Fu, Twiddle continue to bring blissed out fans catchy songs with a heaping helping of adventurous improvisation.

Original members Mihali Savoulidis, Ryan Dempsey, and Brook Jordan formed Twiddle in 2004 after an epic jam session at Castleton State College. Realizing their natural chemistry and shared affinity for a wide variety of genres, they decided to bring their relaxed yet musically proficient sound to nearby cities. Before the group had even graduated they released their debut LP The Natural Evolution of Consciousness (2007), which contained such concert staples as “Jamflowman” and “Frankenfoote”. In 2011 the band brought virtuoso bassist Zdenek Gubb into the fold and released their sophomore album Somewhere on the Mountain. With a more introspective mood than their debut, Somewhere on the Mountain still managed to offer plenty of funky, groovy epics like “When It Rains It Pours” and “Beethoven and Greene”. Renowned for their on-stage energy, the band returned in 2014 with Live at Nectar’s, recorded during a performance in their native Vermont.