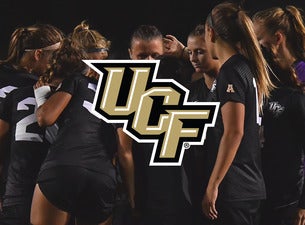 The UCF women’s soccer team has called the UCF Soccer Complex home since 1991. One of the top pitches in all of college soccer, the complex re-opened in 2011 with the addition of grandstand seating. Knights Watch, the official supporter group of UCF Soccer, adds to the gameday experience, lining the east side of the pitch to provide support on the field level.

UCF Soccer features 13 returning players who clocked time in at least 10 matches last year. Among those returners include American Athletic Conference Co-Defensive Player of the Year Saga Fredriksson and all-conference picks Morgan Ferrara (second team) and Zandy Soree (rookie team). Nine home matches, including four contests against teams who earned NCAA Tournament berths a year ago, highlight the 2017 UCF women's soccer schedule. For the second straight season, the Sahaydaks will go up against their alma mater, as North Carolina travels to Orlando for an Aug. 25 matchup.

The UCF women’s soccer team has enjoyed much success since the start of the program in 1981. The Knights have made 20 NCAA tournament appearances, including a Sweet 16 berth in 2014, and amassed 16 conference championships in program history. Seven former Knights have represented their respective countries as national team members, including Olympic gold medalist Michelle Akers. Head coach Tiffany Roberts Sahaydak, an Olympic gold medalist, World Cup champion and two-time NCAA champion, has put her stamp on the successful program, boasting six conference Player of the Year awards and 25 all-league and tournament selections.