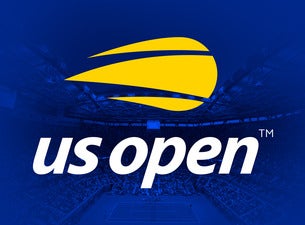 The Golden Age of tennis is still as strong as ever, and there is no bigger stage in America to showcase the finest players in the world than the U.S. Open. New York City's USTA Billie Jean King National Tennis Center has been the site of many memorable moments, especially since it's the only one of the four Grand Slam tennis tournaments (Wimbledon, Australian Open, and French Open being the other three) that allows for tiebreakers in every set.

In 2001, Pete Sampras defeated Andre Agassi in a four-set showdown, all with tiebreakers. In 2008, Serena Williams won the third of her six Open Championships by beating her two-time champion sister Venus in straight tiebreaker sets.

Open since 1978, the Billie Jean King Center sports the signature "U.S. Open Blue" colored court for better vision for both players and spectators, as well as a visual cue to some of the most classic moments in professional tennis.

Fiery John McEnroe beating Swedish great Bjorn Borg in five thrilling sets in 1980. Martina Navratilova's comeback win against six-time champion Chris Evert in 1984. Argentinian Juan Del Potro ending Roger Federer's run of five straight Open victories with an improbable five-set win in the 2009 final. The U.S. Open has been full of memorable matches, making it one of the most exciting tennis tournaments in the world.

Every year on the last Monday in August, the tennis world flocks to Flushing Meadows–Corona Park in Queens, New York, for the U.S. Open Championship. It is held each year at the USTA Billie Jean King National Tennis Center, named after four-time tournament champion Billie Jean King.

The Center has 22 hard courts that are open to the public throughout the year, except during the two-week period when the tournament is played. There are five main tournaments in the U.S. Open: Mixed Doubles, Men's and Women's Doubles, and Men's and Women's Singles. There are four "show courts" in the Tennis Center, led by the 23,771-seat Arthur Ashe Stadium, with its imposing retractable roof.

Following a $200 million project, the 14,061-person Louis Armstrong Stadium opened in 2018. Tickets for the U.S. Open can be purchased for a single match, as well as for the full two weeks or a range of partial tiers for Arthur Ashe or Louis Armstrong stadium matches.