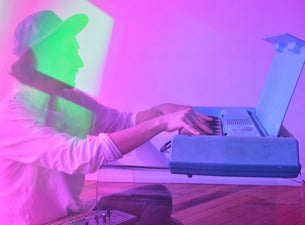 Pop innovators Vacationer have been sweeping audiences away with their good vibes and breezy, tropical grooves. Critics have suggested "nu-hula" and "world wave" as fitting genres for the band's refreshing sound, but neither label quite does justice to their eclectic, endlessly creative blend of African-inspired vocals, vintage samples, sun-soaked guitars, and sparkling vibraphone riffs. Regardless of what you call them, Vacationer puts on an incredibly engaging live show -- fans lucky enough to catch them on tour will find themselves transported to an island paradise as the band cruises their way through relaxed jams like "Gone" and "The Wild Life".

In 2010 Philadelphia-based musician Kenny Vasoli was inspired to start a music project after seeing LCD Soundsystem perform at Bonnaroo. He traveled to Brooklyn where he linked up with Matthew Young, a vibraphone player with an interest in Polynesian and Tropicalia music. After a fruitful studio session Vacationer was born, and the creative juices continued to flow as Young laid down tracks in Brooklyn and sent them to Vasoli in Philadelphia for the addition of vocals and bass. They released their debut album Gone in 2012 and expanded to a five-piece for nationwide touring alongside acts like Bombay Bicycle Club, Tennis, and Niki and the Dove. The band followed up with their sophomore album Relief in 2014, earning praise from critics and fans alike before hitting the road on a highly anticipated tour.