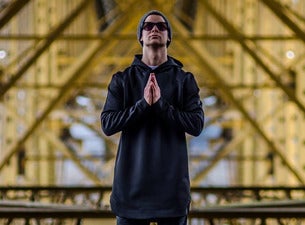 Trap, big-room house, future bass, and pure pop all collide to form the rapidly expanding sound of Vanic — an artist whose hybrid leanings have a lot to do with his restless origins. Vanic came up, like many of his peers in EDM, crafting his own remixes of pop and dance hits and posting them to SoundCloud.

"My strength is building music around a song that I like, whether it's a topline or some kind of vocal," said the Vancouver, B.C., native in a 2017 interview.

While he was still in school for business, the young producer — born Jesse Hughes in 1989 — cut his teeth on reworks of acts like Birdy, CHVRCHES, Die Antwoord, and Lana Del Rey. He fleshed out pop choruses with big, bold, speaker-quaking productions, proving his versatility as he veered between melodic dubstep and laser-strafed trap. Eventually, he decided to follow his muse, drop out of school, and commit to music full-time.

The gamble paid off. Soon, he was writing original tunes, collaborating with vocalists like K.Flay, Zella Day, and machineheart, and seeing his productions go viral, racking up millions of plays apiece. In early 2016, he signed a worldwide deal with Sony Music Entertainment's Disruptor Records, a label helmed by Adam Alpert (best known as the manager of The Chainsmokers, the massively successful duo that has redefined the upper limit for pop-EDM crossover).

Vanic's official debut, "Samurai" featuring Katy Tiz, followed that year. Co-written by Bonnie McKee, of Katy Perry's "Teenage Dream" and Britney Spears' "Hold It Against Me," the song signaled Vanic's newfound command of attention-grabbing hooks. Since then, he has continued to sharpen them.

Despite keen pop instincts, he's not afraid to look back at his roots in hardstyle and dubstep. His 2018 remix of G-Eazy's "The Plan" goes straight for the jugular. Along the way, he has delivered fan-favorite remixes for The Chainsmokers ("Setting Fires") and Tove Styrke ("Borderline"), and his streaming successes have led directly to a growing list of high-profile appearances at festivals like Coachella, Bonnaroo, and Made in America.