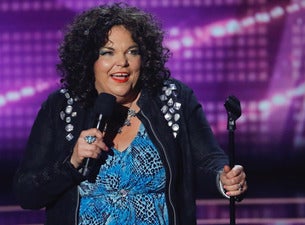 Vicki Barbolak's brash, brazen, and gut-busting humor has come from a lifetime of learning about what exactly makes people laugh. The mom of two daughters from Oceanside, California, uses much of her own life as a multiple divorcee living in a trailer park as fodder for her comedy routines, but her self-deprecation is often delivered with a hilarious, unexpected twist. Much the same, her career in comedy started rather unpredictably.

At 38 years old, Barbolak came across an ad for a stand-up comedy class. She decided to attend, which ended up being a life-changing move. She spent the next few years performing at open mic nights and, eventually, with help from Mitzi Shore, owner of the Los Angeles-area club The Comedy Store, Barbolak grew more and more comfortable on stage and began to take life as a comic seriously. To supplement her growing — but rather low-paying — comedy career, she started a wedding chapel business and became an ordained minister.

Over the years, she started to gain national recognition as a comedian. In 2007, she won the title of Nick at Nite's Funniest Mom in America after competing in the show's third season. She was also featured as the Next Breakout Star to come from The Comedy Store on E! Television, and became a member of Jay Leno's NBC Laugh Squad. In between, she's done some acting work, appearing in films like Call Me Crazy, Accidentally on Purpose, and Pickin' & Grinnin'.

Most notably, she's become known as the "Trailer Nasty Housewife" as part of the Funniest Housewives of Orange County, a group of comedians performing together since 2009. But it wasn't until 2018, at the age of 60, that she really got her big break. This was the year she appeared on Season 13 of NBC's America's Got Talent and ended up as a Top 10 finalist. After her success on the show, Barbolak set off for her Trailer Nasty! tour and also began her own podcast called Trailer Nasty with Vicki Barbolak.