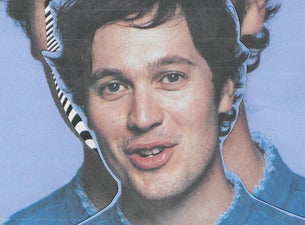 Sometimes a concert ticket is really a portal to a dream world. Such is the case with Washed Out, the stage name for South-Carolina-reared and Georgia-based sound artist and multi-instrumentalist Ernest Greene. Since his songscapes began spreading around the Internet in 2009 (his breakthrough EP Life of Leisure was an instant critical darling), Washed Out, which tours as a multi-piece band, has been recognized as one of the chief innovators of the nascent 'chillwave' movement. Creating mood music of the highest order, Washed Out combines groves hatched in the '70's, synth pop from the '80's, and ambient music of the very near future to create electronic sound both startlingly unique yet strangely familiar. While Washed Out's greatest exposure has been from having one of its tunes, "Feel It All Around," used as the theme to IFC's Portlandia, there's nothing ironic about its music. As embodied by its concerts and its 2013 album Paracosm, Washed Out's second consecutive record to reach the top 10 on Indie and Alternative charts, this hazy dream pop is all about wonder, romance and taking an ethereal, retro-themed voyage you never want to end.