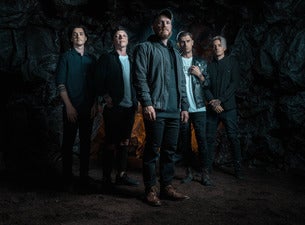 Boletos para We Came As Romans

Acerca de We Came As Romans

We Came As Romans recently topped the Billboard Indie charts with their third album, Tracing Back Roots. As 2013 wound down, the band managed their own headlining tour and appearances on the UK and Australian legs of the Vans Warped Tour. The metalcore band's concert performances are much respected among fans due to the sense of excitement brought to each show, not to mention the unique melodic approach that is so atypical of this music genre. The success of Tracing Back Roots and its ensuing concert ticket sales comes hot off the excellent reception of the band's popular 2011 album, Understanding What We've Grown To Be.

Like many metalcore bands, We Came As Romans began as a collaboration of high school classmates. Formed in 2005, the group originally went by the moniker This Emergency. They performed mainly at concerts in the Detroit metro area, experiencing a few significant lineup changes along the way, including the departure of original lead singer, Sean Zelda. After changing its name in the summer of 2006, the band began to experience several significant successes, including the release of the Demonstrations EP and, in 2008, the debut of their first full-length album, To Plant A Seed. From there, the group's notoriety among metalcore fans skyrocketed. Although some maturation has taken place in the ensuing years, We Came As Romans continue to maintain the sense of vitality that originally enraptured fans. This same energy is sure to play a role in in the group's Tracing Back Roots tour, which is slated for early 2014.