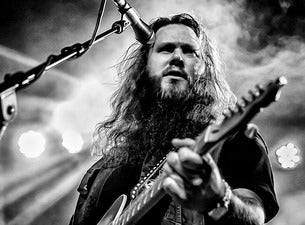 Honky tonk hero Whitey Morgan has been giving fans a boot-stomping good time for the past decade, but 2015 proved a watershed year for Morgan when he and his band The 78's made their first appearance on the Billboard charts. The album the landed them there, Sonic Ranch, cracked the Top 10 on the Heatseekers chart, earning heaps of critical acclaim and putting the band on the national radar . Since then Morgan has been in peak form, performing barroom brawlers like "I Ain't Drunk" and "Another Round" with his signature devil-may-care attitude while his band kicks out  bluesy piano riffs, walking basslines, and rip-roaring drums. Morgan's gruff yet soulful voice and world-wise lyrics are the real deal, and fans looking for an authentic honky tonk experience won't want to miss him as he burns it down live.

Flint, MI-based Whitey Morgan began performing in the mid-'00s with his band the Waycross Georgia Farmboys. After establishing themselves in the Midwest honky tonk scene with a self-released EP and tireless touring, the group signed with Detroit's Small Stone Records and dropped their debut album Honky Tonks and Cheap Motels. They continued to build their following in 2009 on tour with The Deadstring Brothers, and in 2010 they made their debut as Whitey Morgan and the 78’s with a self-titled album released on Bloodshot Records. Since then the band has performed on NPR, nabbed a 2014 Ameripolitan Music Award for Outlaw Country Band of the Year, and released their 2015 album Sonic Ranch to Top 40 spots on both Billboard's Top Country Albums and Independent Albums charts.