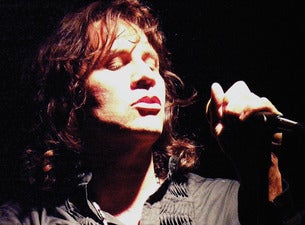 Fans looking for a note-perfect recreation of the Doors' legendary '60s concerts need look no further than Wild Child. Dave Brock has been channeling the legendary charisma of late frontman Jim Morrison for nearly three decades and he's got the routine down pat, taking the stage with a talented band of players to deliver sets so uncannily faithful they satisfy even the most rigorous Doors purists. Whether they're brooding on "People or Strange" or burning bright on "Light My Fire," Brock and his band are sure to deliver another round of supremely satisfying performances on their latest tour.

Wild Child formed as a Doors' tribute band in mid-'80s Los Angeles, playing their first show at the Whiskey a Go-Go in 1986. Jim Morrison's untimely death in 1971 had created a void among fans hoping to see songs like "Touch Me" and "Hello, I Love You" performed live, and Wild Child filled it perfectly, selling out shows first in LA and then around the country. Since then, their painstakingly crafted tribute show has become legendary in its own right, spawning a live album and paving the way for continued touring nearly three decades since their formation.

"They were amazing, he is this generation's Jim Morrison, he sounds exactly like him, incredible talent and showmanship!"

"Jim Morrison is my favorite and the Wild Child tribute band did an excellent job of portraying the highlights of the Doors. I would definitely recommend this show to anyone."

"This Doors tribute band really delivers. The lead singer totally channels Jim Morrison both in song and swagger. The rest of the band pumps it out as well"