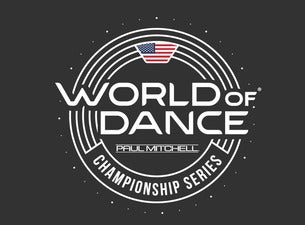 World of Dance on Tour

A celebration of NBC's hit reality competition World of Dance, the tour of the same name commemorates each season with a showcase of contestants from that year. Appearing onstage alongside heavy hitters in dance-competition circles, the high-energy show gives World of Dance contestants the opportunity to show audiences why they were selected to compete on network TV. The routines, style and choreography will leave you breathless — and excited about the next season's raw talent.

Since 2008, the World of Dance enterprise has been the world's premier source for dance entertainment, holding competitions around the globe that showcase talented dancers of all ages. In 2017, NBC premiered the Jennifer Lopez–hosted reality competition World of Dance, which pits juniors (dancers under 17), soloists and teams against each other as they vie for a million-dollar prize. A three-person judge/mentor panel, on which Lopez is joined by R&B singer Ne-Yo and Dancing With the Stars hoofer Derek Hough, scores each competitor as they move in sync to modern hits and classic floor-fillers. Alums of the show have competed on other televised dance competitions like So You Think You Can Dance? and America's Best Dance Crew, while first-season winners Larry and Laurent Nicolas Bourgeois, collectively known as Les Twins, brought their new style hip-hop moves to the stage alongside Beyoncé before and after competing on the show. Other dancers made appearances on Lopez's 2019 It's My Party tour, surprising audiences with their sleek choreography.

World of Dance embarked on its first tour in 2017, after the show's first season lit up the ratings books. Since then, stars from each season have hit the road after the winners' crowning, performing intricate, high-energy routines that dazzle audiences with their innovation and unparalleled talent. World of Dance looks spectacular on television, but live, it truly comes into its own.