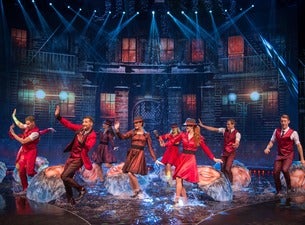 WOW – The Vegas Spectacular at the Rio Showroom

The wet and wild WOW – The Vegas Spectacular transports audiences to an intimate underwater "World of Wonder." Since 2017, Rio Las Vegas audiences have been flocking to this liquid omnibus teeming with twirling, flipping, diving and dancing. Thirty international dancers and acrobats dazzle theatergoers in a show that includes everything from jugglers and clowns to stunt skaters, high-flying aerial artists and the most stunning reenactment of William Tell's apple stunt you'll ever witness.

About the show WOW - The Vegas Spectacular

WOW is the brainchild of director Hanoch Rosčnn. Having established himself as Israel's most famous mime, Rosčnn reinvented himself as a high-concept impresario. He launched WOW about two decades ago, and the show has subsequently been enjoyed by nearly three million theatergoers in Israel and Europe. More recently, Rosčnn opened the adult-oriented Extravaganza – The Vegas Spectacular at the Jubilee Theater in Bally's Las Vegas.

The show's watery delights are tied together by the story of a fisherman whose mermaid catch leads him on an amazing journey. His odyssey takes him from quaint city streets evoking the musical Singing in the Rain to the canals of Venice. Returning to the ocean, he confronts pirates, encounters the doomed Titanic and explores the lost city of Atlantis. Lifelike marine life greets him underwater, where holograms flicker magically on watery walls.

Our fisherman also encounters a juggling mime, a chef who plays plates like a xylophone, and an undulating dancer in a large glass bowl of water. Other highlights include roller skaters performing hair-raising tricks while rotating on a rapidly spinning turntable. The show's centerpiece may well be Sylvia Sylvia, an America's Got Talent finalist famous for shooting an apple off her own head — with a crossbow. No, not everything about WOW – The Vegas Spectacular has to do with water, but you'll be swept away nonetheless.