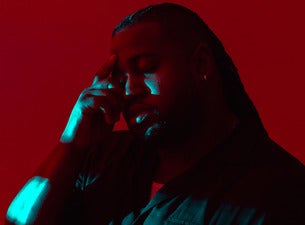 San Antonio's Xavier Omär resists being constrained by labels and has proved to be one of the most versatile new voices out there. He boasts a sweet croon that can anchor hip-hop tracks like his collaborations with Seattle MC Sango as stunningly as it can float above wispy trap beats like the ones on his 2017 EP ‘Pink Lightning.'

Omär began his career in 2012 under the name SPZRKT (pronounced "Spazzy Rocket"), collaborating with Sango and other artists operating at the cutting edge of urban music, like the MC Noname and the rapper Mick Jenkins.

In 2016, he ditched the pseudonym and started releasing music as Xavier Omär. That year's EP ‘The Everlasting Wave' was a wild introduction to his kaleidoscopic musical vision, featuring the crisp, brassy "Special Eyes" alongside the swirling "Speculate" and the downcast "Do Not Disturb."

That EP established Omär as someone with a boatload of talent and few constraints. In 2018, Omär focused mostly on releasing collaborations, including the plush reunion with Sango "Sweet Holy Honey" and the dramatic duet with soul singer Anna Wise "Easy" (the latter was featured on the soundtrack to season three of HBO's acclaimed Issa Rae showcase Insecure).

Omär has toured relentlessly as he works on new music. In early 2019, he hit the road with kindred spirit NAO. His phrasing and range have inspired comparisons to Miguel and Ty Dolla $ign, but his artistic vision is all his own; he delights in resisting categorization. "As much as you can put me... in a sentence with H.E.R. or Daniel Caesar, you can also put me in a sentence with Khalid or Billie Eilish," Omär said in a 2018 interview. "At times people don't know what to do with it, but at the end of the day, it's good music — if you listen."