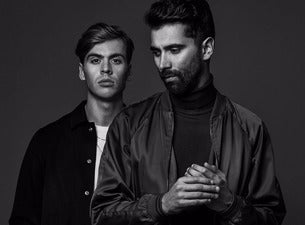 Whether they're spinning an underground club or dropping the beat at a major festival, Dutch DJ trio Yellow Claw knows how to get the party started. It's been a quick rise for Bizzey, Nizzle, and Jim Aasgier, but they man the decks at their live sets like seasoned pros, keeping ticket buyers dancing late into the night with fathoms-deep bass, dramatic builds, and mind-blowing releases. As they unleash their potent blend of trap, dubstep, and hardstyle, ticket buyers can actually feel the ground shake as fans jump around to the buzzing synths and high-octane beats. From pulse-pounding remixes of artists like Major Lazer and Selena Gomez to chart-climbing originals like "Shotgun" and "Till It Hurts", Yellow Claw always delivers an epic night of cutting-edge sounds that keep audiences dancing until the very last beat.

Dutch DJ trio Yellow Claw originated in 2010 from a weekly Amsterdam party of the same name thrown by Bizzey (Leo Roelandschap), Nizzle (Nils Rondhuis), and Jim Aasgier (Jim Taihuttu). After building a reputation with their off-the-wall club nights the three began releasing tracks, making their way onto charts in the Netherlands and Belgium in 2012 with bangers like "Krokobil" and "Nooit Meer Slapen". In 2013 they released their debut EP Amsterdam Trap Music on Diplo's Mad Decent label, garnering  significant international attention with high-profile performances at BBC Radio 1 and Tomorrowland Festival. A string of popular EPs followed including a release on Yellow Claw's own label Barong Family, and in 2015 the trio released their highly anticipated debut album Blood For Mercy. The record peaked at No. 27 in the Netherlands and spawned several popular singles that have fans dying to catch one of Yellow Claw's adrenaline-filled sets on tour.