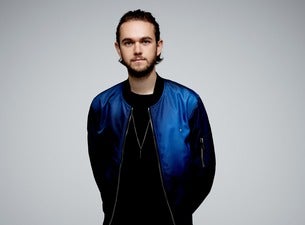 With production credits for Lady Gaga and a personal endorsement from Skrillex, Russian-German DJ/producer Zedd is one of the fastest rising stars in electronic dance music today. His 2012 debut Clarity spawned some of the year’s biggest breakthrough dance hits with title-track “Clarity (feat. Foxes)” and “Spectrum (feat. Matthew Koma),” landing the album at No. 3 on the Billboard Dance/Electronic Albums chart. The record’s success built on Zedd’s already-outsized reputation as the wunderkind producer behind remixes for some of pop’s biggest stars, including his hugely successful 2011 remix of Lady Gaga’s “Born This Way.” Originally turned on to electronic dance music through the recordings of famed French producer Justice, Zedd began producing his own tracks at the age of 20, eventually landing a spot opening shows for superstar DJ Skrillex. On tour in 2013, Zedd has been keeping ticket buyers moving with his high-energy DJ sets and visually spectacular live concerts.