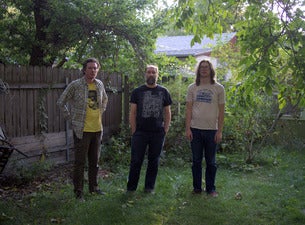 BUILT TO SPILL IN CONCERT:

Alternative legends Built to Spill have helped ticket buyers rock out for more than two decades. On stage singer/guitarist Doug Martsch leads the band through alt rock gems that move from densely layered six-string onslaughts to heartfelt ballads and back again. Brett Netson and Jim Roth add swirling layers of sound effects and melodic harmony lines to the guitar mayhem, while bassist Jason Albertini keeps tracks fluid with his grooving basslines. Drummer Steve Gere propels the band forward, ensuring that each song reaches its peak before he slowly dismantles the groove. With their 2015 album Untethered Moon still captivating listeners everywhere, the band is taking their one-of-a-kind balance of instrumental mastery and lyrical brilliance to fans across the country.

After he left infamous Seattle-based band Treepeople in 1992, Doug Martsch (guitar/vocals) returned to his home of Boise, Idaho to start Built to Spill with Brett Netson (guitar/bass) and Ralf Youtz (drums). The three quickly got to work and released their 1993 debut album Ultimate Alternative Wavers. Following a successful run on the 1995 Lollapalooza Tour, the band decided to sign to Warner Bros. Records after the label guaranteed them complete artistic control over their output. Their major label debut Perfect from Now On was released in 1997 and represented a new commercial breakthrough for the band. Built to Spill’s lineup constantly evolved throughout the ‘00s amid extensive touring and such critically acclaimed albums as Ancient Melodies of the Future (2001), You in Reverse (2006), and There Is No Enemy (2009). Following a six-year hiatus, Martsch returned with a fresh Built to Spill lineup for the critically acclaimed 2015 album Untethered Moon.