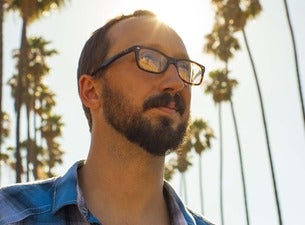 American comic and stand-up comedian Chris Porter takes the stage with no props, gimmicks or special effects. Instead, he offers belly laughs that come from a unique take on everyday events. His latest album, "Lost and Alone," captures some of his funniest moments on stage, all delivered in front of a live audience. His previous albums include "Ugly and Angry" and "Screaming from the Cosmos." Chris has a consistent tour schedule that keeps him on stage year round, and across the country. He will be performing at Nyack Levity Live in West Nyack, NY through mid-January, and you can catch him in Homestead, PA at the Pittsburgh Improv in May. Chris is most well known for his outstanding third-place finish in the fourth season of "Last Comic Standing." By staying on stage and continuing to perform, he has created a growing audience of fans that took his latest album to No. 1 on the Amazon comedy charts. If you can't make it to one of Chris's shows, you can also catch him on "Comedy Central Presents" and "Live at Gotham," where he has an individual segment. About the Show Chris Porter started in comedy at only 23. He kicked off his career by going on tour, and every show is a little different. Expect a laid-back delivery, unapologetic approach and jokes based on real-life situations. Chris Porter cracks jokes that expose the absurdities of everyday life, often through a haze of fragrant pot smoke. Much of his humor circles back to his enjoyment of marijuana and other controlled substances. Jokes about everything from traffic to stupid questions become part of the act. An evening with Chris is one full of laughter and enjoyment without the mean undertone so many standup comics deliver, but don't take the kids unless you're ready for some uncomfortable questions and kid-delivered cursing. You can enjoy his albums edited for some family-friendly fun, but his live shows aren't child appropriate and contain adult language and themes. If you're looking to buy tickets to Chris Porter live shows, keep up with his tour dates and appearances on Facebook or Twitter.