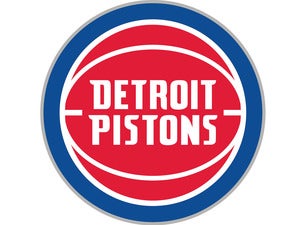 Built in 2017, LCA is the centerpiece of a 50-block sports and entertainment area known as The District Detroit. The District Detroit unites eight world-class theaters, five neighborhoods, and three professional sports venues in one vibrant, walkable destination for people to live, work, and enjoy exciting entertainment in an urban environment. By housing the Pistons, Red Wings, Tigers (MLB), and Lions (NFL), Detroit holds the unique distinction of being the only city in the country to house four professional sports franchises in one downtown area.

The core of Blake Griffin and Reggie Jackson will spearhead the Pistons’ efforts to get back on track after missing the playoffs the last three seasons. A young supporting cast of Luke Kennard, Tim Frazier, Markief Morris and Khyri Thomas will also be counted on to contribute to the team’s success, along with shooter Langston Galloway and veteran Derrick Rose. The Pistons traded for John Henson and Brandon Knight at the trade deadline in 2020.

Detroit's head coach, Dwane Casey, was named 2017-18 NBA Coach of the Year by both his peers and the media. He brings a winning resumé to the Motor City and is renowned for developing young players. The all-time winningest coach in Raptors history, Casey led Toronto to the franchise's first 50-win season in 2015-16, recorded 50-plus wins in each of the last three seasons, and posted a franchise-record 59 wins and the top seed in the Eastern Conference in 2017-18. Toronto won four Atlantic Division titles during Casey's tenure.

One of the most storied franchises in NBA history, the Pistons moved to Detroit in 1957 from Fort Wayne, IN, where they were owned by Fred Zollner and known as the Fort Wayne (Zollner) Pistons. The Pistons played at Olympia Stadium for four years, then moved to Cobo Arena. In 1974, Bill Davidson purchased the team, and in 1978, he moved it to play at the Pontiac Silverdome. Prior to the start of the 1988-89 season, the Pistons moved to play at The Palace of Auburn Hills and won back-to-back NBA Championships in 1989 and 1990 with the "Bad Boys" teams. Detroit's "Goin' to Work" squad picked up the franchise's third NBA Championship in 2004 in the midst of making six consecutive trips to the Eastern Conference Finals.

In addition to the numerous team accomplishments, the Pistons also have had a list of great players and coaches who have contributed to the team's long history of success. Detroit has retired jersey numbers for Chuck Daly (2), Isiah Thomas (11), Joe Dumars (4), Dave Bing (21), Bob Lanier (16), Dennis Rodman (10), Vinnie Johnson (15), Bill Laimbeer (40), Ben Wallace (3), Chauncey Billups (1), and Richard Hamilton (32). The late Mr. Davidson is honored with a banner in recognition for the success the team achieved under his ownership and so is general manager, Jack McCloskey, the architect of the "Bad Boys" teams. Daly, Thomas, Dumars, Bing, Lanier, Rodman, and Davidson all have been inducted into the Naismith Memorial Basketball Hall of Fame.