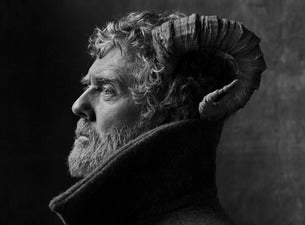 Singer-songwriter Glen Hansard has dabbled in many musical projects throughout his career, but he's finally stepping out on his own as a solo artist for a slew of 2014 tour dates. Since his early days as the lead singer of The Frames, Hansard has become a major influence in the Dublin rock scene with his impeccable songwriting and folk spirit. In performance, the Irishman delights audiences with his calm demeanor, gritty vocal style, and beat-up Takamine acoustic guitar, which he's dubbed "The Horse."  Whether he's covering a Bob Marley tune or passionately singing his hit "Falling Slowly," Glen Hansard's compelling performances will have fans on the edge of their seat at his 2014 shows.

At 13, Glen Hansard left school to devote time to busking on the streets of Dublin and eventually earned his salt in 1990 when he formed the Frames, gaining a cult following with a string of critically acclaimed albums. Sixteen years later he formed The Swell Season with Czech singer Marketa Irglova, earning widespread success with  romantic ballad "Falling Slowly." He's also had an illustrious career as an actor, playing the role of a musician in the films Once and The Commitments, but has always returned to his first love: music. Glen Hansard graces the stage once more to share his passion for performance on his 2014 tour.

"Glen Hansard is an incredibly talented musician.  I've never seen a performer so interactive, sincere, funny, and passionate as Glen."

"This was hands down the best show I"ve ever been to! He was amazing!!!"

"This was my first time seeing Glen and will definitely not be my last. Glen left it all on the stage; he held us spellbound!"