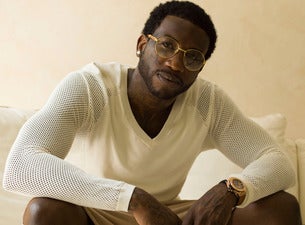 The year 2005 was like yin and yang for Atlanta bling rapper Gucci Mane. He enjoyed success entering the charts with his first national hit, "Icy," became involved in a quarrel with that song's collaborator, Young Jeezy, and found himself facing murder charges in the Georgia courts. Before his career as a rapper, Gucci Mane, whose birth name is Radric Davis, loved to write poetry when he was in elementary school. He moved to Atlanta from Birmingham, AL, with his single mother during the fourth grade. Since progressing to rap was a fairly easy step, Gucci Mane already had spent time in a recording studio by the age of 14. The glamour and sense of fashion of rappers like Big Daddy Kane motivated him to put words to music. His locally played debut single, "Black Tee," earned him a contract with Big Cat Records, and in May 2005 the label released his debut album, Trap House, which stood at the number one spot on Billboard's Heatseekers chart.

The beef with Young Jeezy originated from a fight over the rights to the album's "Icy" hit single, which spawned a number of dis tracks traded between the two. Within the same month of his LP's release, Gucci Mane was arrested for murder following an altercation in which he shot at a group of five men who burst into his friend's house, threatening to kill the rapper. As it turned out, the murdered attacker was an associate of Young Jeezy, but he has denied any involvement with the incident. Gucci Mane declared in court that it was self-defense, and by January 2006, Georgia prosecutors dropped all charges, citing lack of evidence. After being released from jail (on charges unrelated to the murder) that same month, he quickly went back into the studio to make his second album, Hard to Kill, which was released in October. He took the song "Go Head" from his first album and made it the lead single for the second in order to make up for the time taken away from promoting Trap House. The State vs. Radric Davis, his second official album, was released in December 2009 following a dizzying array of mixtapes. ~ Cyril Cordor, Rovi