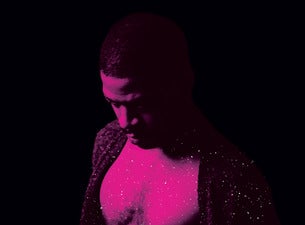 Following the 2013 release of Indicud, the third consecutive top-5 album of his young career, Kid Cudi kicked off The Cud Life Tour in summer 2013 with fellow hip-hop stars Big Sean and Tyler. the Creator. Fans lucky enough to snag tickets to the concerts were treated to an elaborate lunar landscape set and live performances of recent singles like "Immortal" and "Just What I Am." A native of suburban Cleveland, Kid Cudi, née Scott Mescudi, made the transition from aspiring rapper to international superstar virtually overnight. His first mixtape A Kid Named Cudi caught the ear of Kanye West in 2008, leading to a contract with West's G.O.O.D. Music label and some high-profile collaborations with Kanye. "Day 'n' Nite," the lead single from his 2009 debut album Man on the Moon: The End of Day, reached the Top 5 on Billboard's Hot 100 and quickly established him as a force in urban alternative music. Cudi's 2010 follow-up, Man on the Moon II: The Legend of Mr. Rager, was an even bigger success, landing at No. 1 on both the Top R&B/Hip-Hop and Rap Albums charts. Meanwhile, his acting career has blossomed – Cudi appeared on HBO comedy series How to Make It in America in 2010 and 2011, and landed his biggest role to date in the 2014 film Need for Speed, based on the popular series of video games.