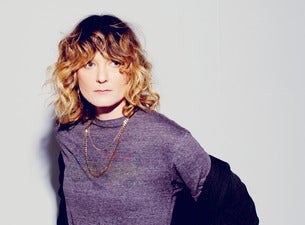 LAND OF TALK IN CONCERT:

Indie rockers Land of Talk blend poetic imagery with dynamic arrangements to give ticket buyers an experience that’s both thought-provoking and exciting. Frontwoman Elizabeth Powell contrasts wistful melodies with overdriven riffs and harmonically unresolved chords, and audiences can’t help but nod their heads to this rousingly lush sound in concert. Her sweet, heartfelt vocal delivery is also a true treat for fans, lingering in their heads long after the last chiming chord has sounded. The rest of the band packs a powerful punch, adding barreling basslines and booming drum fills to the poignant lyrical sentiments of songs like “Some Are Lakes”, “Young Bridge”, and “Speak to Me Bones”. With their dynamic blend of vulnerability and sonic force, Land of Talk provide both the power and the depth that indie fans crave.

Raised in Guelph, Ontario, Canada, Elizabeth Powell began making folk music at the age of 14 and has been on the rise ever since. Under the stage name Ele_K*, the teenage phenomenon released a punk-influenced self-titled solo debut in 2003. While attending Montreal’s Concordia University, she met Chris McCarron and Mark Wheaton and formed Land of Talk in 2006. The group teamed up with Bon Iver mastermind Justin Vernon to produce their 2008 debut Some Are Lakes. They built on their initial success by opening for Broken Social Scene before headlining their own west coast tour in 2009. Unfortunately, after releasing the critically acclaimed album Cloak and Cipher in 2010, Powell went on hiatus due to financial constraints. Thankfully, the break only lasted for five years. In 2015 Powell dropped the scoop on social media that Land of Talk would be reuniting and fresh material was on the way—great news for fans who wanted to catch them again, or see them live for the first time.