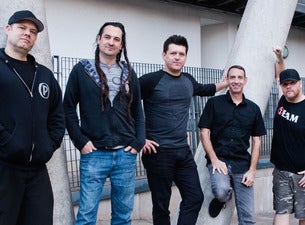 LESS THAN JAKE IN CONCERT:

There are those who say that ska is dead, and then there are those who have been to a Less Than Jake show recently. The ska punk favorites prove the genre is alive and kicking every time they take the stage, flooring fans with high-octane performances of their melodic, brass-heavy tunes. From the charging drums and distorted guitars of "She's Gonna Break Soon" to the horn-filled chorus of "All My Best Friends Are Metalheads", Less Than Jake deliver a skank-worthy concert experience that's sure to satisfy diehard fans and newbies alike.

Less Than Jake formed in Gainesville, FL in 1992 and quickly built a local following with their fast-paced live shows and early seven-inch singles. They released their debut album Pezcore in 1995, then signed with Capitol Records the following year for their sophomore album Losing Streak. The record charted in the UK and was an underground hit in the US, leading to shows with Guttermouth and The Descendents as well as a stint on the 1997 Vans Warped Tour. The band's success continued in 1998 with their third album Hello Rockview, which scored them a Top 40 hit on the US Modern Rock Tracks chart with the song "History of a Boring Town". Since then the band has released five more acclaimed albums including 2003's wildly popular Anthem, which they supported on tour with Fall Out Boy and another stretch on the Vans Warped Tour. In 2013 the band released their eighth album See the Light, a stellar collection of upbeat ska punk tunes that has ticket buyers eagerly awaiting their upcoming tour dates.