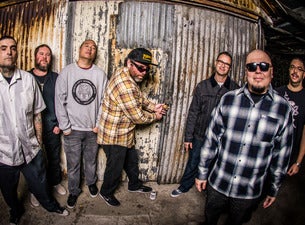 If you're looking for laid-back good vibes, look no further than a concert by ska/reggae band Long Beach Dub Allstars. The California-based troupe perform selections from their two albums (1999's Right Back and 2001's Wonders of the World), along with a well-curated mix of ska and reggae covers, plus the occasional curveball (such as a Grateful Dead song). The result is a set with heady grooves for days, suitable for chilling and dancing, but with enough twists and turns to leave fans wanting more.

Formed in 1997, Long Beach Dub Allstars spent a fruitful half-decade together before splitting in 2002 and spending most of the 2000s apart. Thankfully, they reconvened in 2012 and have continued to tour regularly since then. Long Beach Dub Allstars have opened for the Wailers and performed at the Vans Warped Tour, with a summer 2019 headlining stint for a package bill featuring openers The Aggrolites, Tomorrows Bad Seeds, and Mike Pinto.