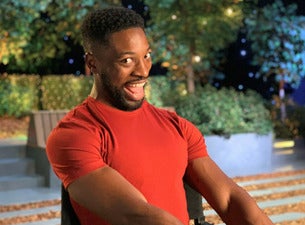 Exuberant and hilarious, Preacher Lawson is the kind of performer whose energy cannot be contained by any stage, and that includes America's Got Talent. In 2017, television's most popular talent contest transformed Lawson into comedy's next superstar, introducing him to the wider audience he's deserved since he first began making fans in his hometowns of Memphis and Orlando.

Lawson's reputation is based on his smartly crafted material, unabashedly physical sense of humor, and flair for impressions (his high-spirited pastor character is vivid proof of that). He continues to make the same impact on audiences that he did on viewers and judges when he was a Top Ten finalist for America's Got Talent Season 12. He also finished fifth when he returned for America's Got Talent: The Champions in early 2019.

Audiences can catch Lawson in clubs and theaters across the U.S. and Canada.

Even in the brief audition that was the first step toward his breakout on America's Got Talent, Preacher Lawson's comedy skills were readily apparent to TV's most famous judges. "Preacher, can I get just one more joke?" asked a new fan by the name of Simon Cowell, who also called him "unbelievably talented." Comedy legend Howie Mandel was quick to agree.

Lawson's TV breakout was a welcome achievement for a comedian who's been working hard to perfect his craft ever since he made his performance debut at the age of 17 at an open mic night at the University of Memphis in Tennessee. After establishing himself in Orlando's comedy scene, he won the Funniest Comedian in Florida in 2015 before earning top honors in the Seattle International Comedy Competition the following year.

Now based in Los Angeles, Lawson continues to tour nationwide while adding to a list of high-profile TV appearances that includes Last Call with Carson Daly, Inside Joke with Asif Ali, and Coming to the Stage, along with his star turns on America's Got Talent. Viewers also can see Lawson put his unique spin on travel, cooking, and more on his YouTube channel, which now has nearly 250,000 subscribers.