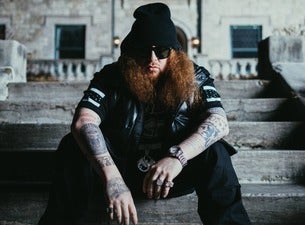 Following several successful mixtapes, up-and-coming rapper Rittz made his album debut in 2013 with The Life and Times of Jonny Valiant, garnering praise for the album's solid production and his honest lyrical approach. Rittz is no stranger to hardship, as he endured years of touch-and-go management situations, unfulfilled contracts and career disappointments before finally catching a break in 2009 with the help of fellow rapper Yelawolf. He was featured on Yelawolf's song, "Box Chevy," on the Trunk Muzik mixtape, which was the ticket that put Rittz's career into motion. Rittz toured with Yelawolf in 2012 as the opening act on the Slumerican tour. Concert reviews describe a frizzy-headed, would-be cousin of comedian Chris Porter spitting out rapid-fire rhymes with world-class lyrical dexterity. Rittz shows his appreciation of his hard-won popularity by hanging out after shows to meet fans.

Born in Waynesburg, Pennsylvania, Rittz was raised in Gwinnett County, Georgia, on the outskirts of Atlanta. He gained modest recognition by winning multiple Battlegrounds, a rapping contest hosted by local radio station Hot 107.9. He traversed the fringes of music industry success while holding down a series of 9-to-5 jobs and living with friends. The hip-hop world discovered him through his appearance on Yelawolf's record and his subsequent mixtape releases, White Jesus and White Jesus: Revival. The former was recorded in 2011 and well received, leading to his 2012 signing with Tech N9ne's label, Strange Music. The Life and Times of Jonny Valiant reached No. 5 on the Billboard Rap charts, established Rittz as a rapper to respect with his super-fast spitting style and his down-to-earth persona. Rittz reminds us that keeping it real and hanging in there really can pay off.