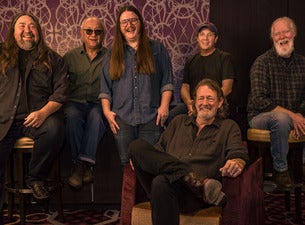 Known for their amazing live shows and the frequency at which they tour, blues-inspired southern rock band Widespread Panic have been creating a dedicated following since forming in the early '80s. Based on the strength of their musicianship, songs like the Billboard charting "Can't Get High" and "Hope in a Hopeless World," and energetic live shows, they've managed to rank among the top 50 grossing touring acts for eight years straight without the aid of substantial radio play, television appearances, or retail store promotion. In December 2003, after playing annually for 18 years (adding up to over 100 dates!) and breaking sell-out records for Red Rocks Amphitheatre, Oak Mountain Amphitheatre, Philips Arena and UNO Lakefront Arena, the band decided to take a well-deserved break. But in 2005, fans nationwide were treated to Widespread Panic's highly anticipated return to the road.