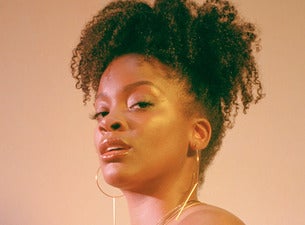 Neo-soul singer Ari Lennox's sound and persona on the stage are simultaneously elegant and organic, both dreamy and down-to-earth. Some know her best by her 2019 hit "Shea Butter Baby," on which she paired up with her producer, R&B/hip-hop hero J. Cole, but whatever tune she lends her lungs to, Lennox breathes deep, soulful life into every single line. Her unique sound refuses to stand still long enough to be bolted into any one category; in her shows, old-school and contemporary R&B, jazz, pop and hip-hop all blend together into an amalgam unique to Lennox herself. When she communicates with the crowd in between songs, she isn't shy about speaking her mind and letting them know where her songs really come from — in the end, Lennox is all about keeping things real in every aspect of her performance.

In 2012, Washington, D.C.'s Ari Lennox began to make herself heard with a vibrant, idiosyncratic brand of R&B that combined roots-conscious, naturalistic neo-soul with a supple jazziness, undeniable pop instincts and an utterly of-the-moment quality that helped her music speak to the present moment. Like many fledgling artists of the 2010s, she started out releasing her music online herself, but by 2015 Lennox had a deal with Dreamville Records (the label owned by R&B and hip-hop star J. Cole). The first fruits of this partnership arrived in 2016 with the release of the Pho EP, with Cole acting as executive producer. After a long period of intense work, Lennox finally released her first full album, Shea Butter Baby, in 2019. The record made it to the Top 10 in the R&B charts, and later that same year, Lennox was mounting her first tour as a headliner.