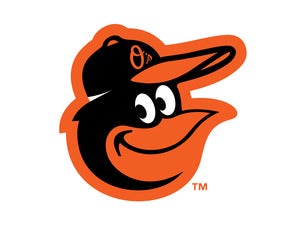 The city of Baltimore is home to one of the most competitive teams in the AL East. The Orioles play out of Oriole Park at Camden Yards, which opened in 1992 as the first "retro-style" MLB ballpark and currently seats 45,971. The Orioles are managed by Brandon Hyde, who replaced Buck Showalter after the 2018 season. Baltimore has won three World Series championships, in 1966, 1970 and 1983, in addition to American League pennants in 1969, 1971 and 1979 and an AL pennant as the St. Louis Browns in 1944.

The "Orioles" name pays tribute to a franchise that started in the American Association in 1882 and switched to the National League in 1891 before disbanding in 1899. A replacement in the American League led by John McGraw played for two seasons before moving to New York in 1903, eventually becoming the Yankees. The current Baltimore Orioles franchise began its history in Milwaukee, spending the inaugural 1901 season as the Brewers before moving to St. Louis and playing as the Browns from 1902 to 1953. With the exception of a second-place finish in 1922 and an American League pennant in the middle of World War II, the team was perennially near the bottom of the standings. After attempts by owner Bill Veeck to sell the team to interests in Milwaukee, the team was finally sold and moved to Baltimore in 1953.

The O's initially struggled on the field in Baltimore but eventually found their footing, finishing second in the AL in 1960 before becoming a perennial contender. While the Orioles won the World Series under Hank Bauer in 1966 and Joe Altobelli in 1983, the era is defined by fiery manager Earl Weaver, whose Orioles beat the Reds in the 1970 World Series. Legendary players such as Brooks Robinson, Frank Robinson, Boog Powell and Jim Palmer helped build a dynasty at Memorial Stadium, which was carried on in the '80s and '90s by Eddie Murray, Rick Dempsey, Roberto Alomar and Cal Ripken Jr. From 1982 to 1998, Ripken played a record 2,632 consecutive games in the Orioles infield, culminating in his breaking Lou Gehrig's streak on September 6, 1995. More recently, the Orioles had some success under Buck Showalter, winning an AL East title in 2014 in addition to Wild Card berths in 2012 and 2016.