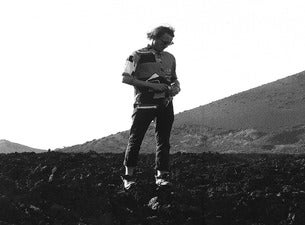 Mercury Prize-nominated English singer-songwriter Ben Howard’s voice, songcraft, and intricate guitar work take the spotlight during his understated yet emotionally powerful live performances. On tour in 2013, Howard drew stellar reviews for his festival  appearances at Glastonbury, Lollapalooza, and the Montreaux Jazz Festival, generating buzz for the 2014 release of his highly-anticipated sophomore album.

“Incredible. I don't think any other word could be used for how amazing Ben Howard is. I had been looking forward to seeing him perform and play guitar for months and he surpassed my expectations. “

“Ben Howard is one of the few artists who is actually better live than on his album. Amazing show!”

Ben Howard was raised in a musical household where folk music held court. Inspired by artists like Joni Mitchell, Simon & Garfunkel, and Van Morrison, Ben began playing guitar and writing his own music at an early age, penning tunes in the highly melodic, rootsy style of his folk idols. His 2011 debut LP Every Kingdom  was a huge success both in the UK and the US, yielding the hit singles “Old Pine” and “The Wolves” and earning him two Brit Awards in 2013—British Breakthrough Act and British Solo Male Artist.