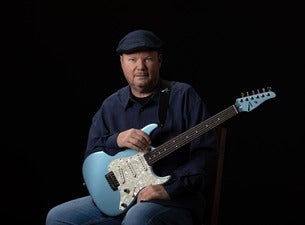 Christopher Cross made history when his debut self-titled album was released in 1980.  The album featured the international hit songs Sailing, Run Like the Wind and Never Be The Same. It went on to win five Grammy Awards, including—for the first time ever—the four most prestigious awards: Record of the Year (for the single “Sailing”), Album of the Year, Song of the Year (also for “Sailing”), and Best New Artist.  An extraordinary song writer, Cross wrote all these songs and another of the most famous songs of the time - “Arthurs Theme (The best that you can do)” which he co-wrote with Burt Bacharach & Peter Allen and featured in the film Arthur that starred Liza Minelli and Dudley Moore.    Arthur’s Theme won the 1981 Academy Award for Best Original Song.

Early in his career Christopher Cross and his band were the opening band for Led Zeppelin and Jethro Tull whilst in 1970 he subbed in for Ritchie Blackmore from Deep Purple for a show in San Antonio.

Thirty years since his stellar debut into the music business, Cross continues touring and recording.  He has released multiple albums and continued to contribute to film and tv soundtracks – including shows such as 30 Rock (he wrote Lemon’s Theme for the soundtrack).

His most recent album, Secret Ladder was released in 2014. The 13 track album, influenced by the likes of Joni Mitchell and Randy Newman, was written mostly with Rob Meurer and again Cross has worked with the finest musicians including bassist Will Lee (of the Fab Faux and Late Night with David Letterman), drummer Keith Carlock (Steely Dan and Toto), guitarist Eric Johnson, saxophonist David Mann, and vocalists Michael McDonald and Jeff Foskett (Brian Wilson’s musical director.