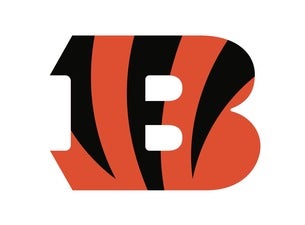 "Who dey, who dey, who dey think gonna beat dem Bengals?" Anyone buying tickets to a game at Paul Brown Stadium knows the ground-rattling response to the team's signature chant: "NOBODY!" Proud fans in striped body paint, the Ben-Gals cheerleaders churning up team spirit and the mascot Who Dey making his rounds on the field are all part of this unique experience. And from the first moment the team appears on the field in their unmistakable tiger-orange uniforms until the very last play, there's nothing like game day for Bengals' fans.

The Bengals are heading into the 2019 season looking to rebound with a lot of talent returning on offense and defense. The team is led by veteran leaders, including quarterback Andy Dalton, wide receiver A.J. Green, defensive tackle Geno Atkins and defensive end Carlos Dunlap. A group of emerging young stars expected to have a big impact as well this year include running back Joe Mixon, breakout wide receiver Tyler Boyd, cornerback William Jackson, and pass-rush specialist Carl Lawson.

The Bengals were founded by legendary head coach and Pro Football Hall of Famer Paul Brown. The team, which played its first season in 1968, celebrated its 50th season last year. The nickname "Bengals" had been the nickname of a Cincinnati pro football franchise of the late 1930s and early '40s. Brown picked the name Bengals for the new team to give it a link with past professional football in Cincinnati.

The Bengals have won the AFC Championship twice, advancing to the Super Bowl during the 1981 and 1988 seasons. Since 2000, the team has advanced to the playoffs seven times, including four AFC North Division titles.