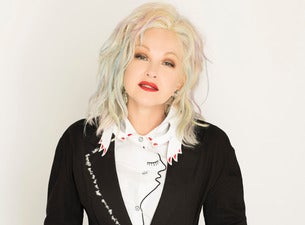 With her multi-colored hair, eccentric fashion, and string of decade-defining hits, Cyndi Lauper has become synonymous with ‘80s pop. Her 1983 debut She’s So Unusual was an overnight success – her bubblegum-meets-punk aesthetic resonated with the nascent MTV generation, making her a new wave icon and earning her a Grammy in 1985 for Best New Artist. A talented singer with a mercurial voice, Lauper showed off her impressive range with the 2010 release of Memphis Blues, which remained at No. 1 on the Blues Albums Chart for an impressive 14 weeks and received a Grammy nomination for Best Traditional Blues Album. Born and raised in Queens, Lauper began writing songs at age 12, inspired by legendary jazz vocalists like Billie Holiday and Ella Fitzgerald. After playing in various cover and new wave bands in the late ‘70s and early ‘80s, she became an instant critical and commercial success with her 1983 debut She’s So Unusual. The album produced four Top 5 hits, setting a record for an album debut by a female artist, and included perennial ‘80s anthems “Girls Just Wanna Have Fun” and “Time After Time.” On tour in 2013, Lauper impressed ticket buyers with her powerful voice and energetic live concerts, performing her greatest hits along with the entirety of the She’s So Unusual record.