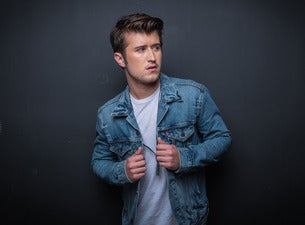 The launch of country singer and songwriter Dylan Schneider's career was a textbook example of the huge changes wrought in the music industry by the full flowering of the Information Age. Without any major-label machinery behind him (or any label at all, for that matter), Schneider managed to make his voice heard in a big way, impacting the charts and building a heavy-duty fan base.

Born in 1999 in Terre Haute, Indiana, Schneider was certainly exposed to country music in his tender years, but he also came of age soaking up everything from rap to R&B and pure pop music, processing it all in his own way. His first real break came when he was brought up to the stage at a concert by country star Brett Eldredge. Next thing you know, the teen was putting up YouTube videos of himself covering the likes of Kenny Chesney and Chris Young.

By going directly to the public, he began to build an audience that was ready and waiting when Schneider's own music finally made its first appearance. He released his debut EP, Wannabe, in 2016, and by the time he followed it up with the 17 EP (named for his age at the time) just two months later, he was able to crack the country Top 40 albums and enter the Billboard Heatseekers chart.

When he started bringing that big, deep voice of his on the road in both the U.S. and U.K., his audience got even bigger, whether he was headlining his own shows or opening for country hitmakers like Chris Lane and Granger Smith. So it came as no surprise when Schneider's debut single, 2018's "How Does it Sound," broke through to the country charts as well, auguring even bigger and better things for the singer, who was still only in his teens at that point.