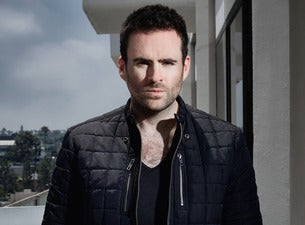 DJ Gareth Emery’s genre-bending style has made him a huge success in his native UK with it's unique blend of progressive, house, and trance music.  Whether he’s remixing pop hits by Britney Spears or collaborating with hot newcomer Krewella, Emery knows his way around the turntables, creating seamless live performances full of pulsing beats and heavy buildups. Although he plays solo, he keeps audiences entranced with colorful light shows, 3-D images, and heart-pounding sets that will have fans in a hot sweat at his live shows.

British native Gareth Emery got his start in music in the '90s as a guitarist for a local punk band before realizing his love for electronic music in the '00s and launching his own label/nightclub Garuda. The DJ and classically trained pianist released several remix tracks on his label, generating significant buzz and attracting attention from notable DJs like Tiesto and Armin Van Buuren. His 2010 debut was met with positive acclaim, peaking at No. 1 on the iTunes Dance chart and spinning in heavy rotation on Van Buuren’s State of Trance radio show. Emery’s emerging success led to his 2014 sophomore LP Drive, which featured "Concrete Angel," his most popular single to date, as well as collaborations with dance trio Krewella and UK newcomer Bo Brice. Emery will head out on the Drive Tour in support of the eponymous release, treating fans to remixed versions of his tracks as he hits cities in the US, UK, and Australia.