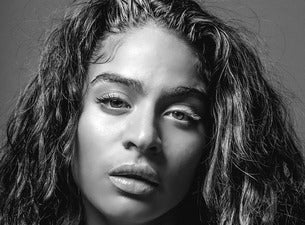 Combining unapologetic lyrics with in-your-face vocals, Toronto-born singer-songwriter Jessie Reyez is one of pop's brashest personalities. Reyez played guitar as a child and realized she was a music writer while in high school. In 2014 she collaborated with Chicago-based MC King Louie on his Canada-saluting track "Living in the Sky." In 2016 she broke through on her own with "Figures," a stark post-breakup track paired with a gripping video that showcased Reyez's raw feeling. "Evoking emotion from people is always a byproduct," Reyez told Genius. "It's not like I aimed to do that, but it's a beautiful byproduct that happens to come from certain songs."

Now, as a recipient of a JUNO award, 2018 Breakthrough Artist of the Year, she could say her subsequent catalog has been an object lesson in releasing that byproduct. Her debut EP, 2017's ‘Kiddo,' was steeped in feeling while also showing off her musical range—the delirious "Shutter Island" pairs her yowl with macabre carnival music, while "Great One" shows off her softer side, its plush synths allowing her to luxuriate in existential questions like "What is life? What is love? What is time? What is choice?" The harrowing ‘Kiddo' track "Gatekeeper," accompanied by a short film that she cowrote, turned a #MeToo-worthy experience from years ago that almost led to her quitting the music business into an artistic triumph.

While gearing up for the release of her second EP, ‘Being Human in Public,' Reyez has kept busy with guest appearances and relentless touring. Her reworking of "Figures," performed with fellow Canadian Daniel Caesar at the 2018 JUNO Awards, added a dramatic twist to the song's heartbroken narrative; her turn as Eminem's foil on the controversial MC's 2018 track "Nice Guy" shows how she can hold her own against music's biggest names; and her performances at festivals like Lollapalooza and Afropunk have electrified huge crowds. Reyez's rise is proof that pure feeling can be a powerful connector.