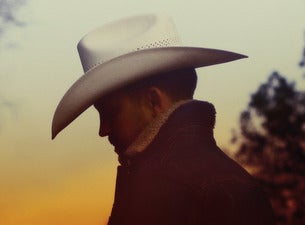 Moore may be considered "new country" by some but he's true country at heart, singing about the simple life he knows and loves. He released his first radio single, "Back That Thing Up" in 2008 and watched it climb the Billboard  Hot Country Songs chart. His self-titled debut album followed in 2009 and reached No. 3 on the country charts thanks to the No. 1 single "Small Town USA".

His second No. 1 single "If Heaven Wasn't So Far Away" wasn't far behind. Moore wrote it for his second album Outlaws Like Me, released in 2011.

Moore's brand of blue-collar country has down-home roots. His parents recognized his talent at two when they recorded him singing George Strait's "Baby's Gotten Good at Goodbye". His passion for performing continued throughout his childhood; he sang gospel at church while winning talent shows at school where his precocious country crooning made more than his parents sit up and take notice.

After finishing high school in his hometown Moore moved to Nashville, eventually got a record deal, and began a steady course to country stardom. He's developed a country-rock style influenced by the likes of John Anderson, Hank Williams Jr., Lynyrd Skynrd, and The Allman Brothers Band.

As he's compiled his catalog of hit music, Moore has worked his way up from touring bars and clubs to headlining arenas. He's built a reputation as a dynamic and energetic live performer who draws enthusiastic crowds eager to buy tickets anytime he's in town.