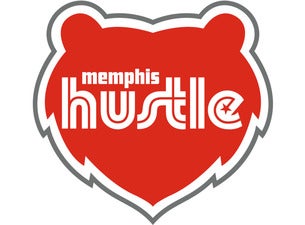 As the G League continues to grow, NBA teams begin to see the value in owning their own affiliate to help nurture talent that might not be ready for the big time. The Memphis Grizzlies are one of those teams. Though the Grizzlies were previously affiliated with the Iowa Energy, from 2014 through 2017, the team didn't have a local team of their own until after that arrangement ended. The Memphis Hustle were added to the G League on June 1, 2017, as the new Grizzlies affiliate, with a logo inspired by the pro team's iconic bear.

The Hustle's first season was nothing to write home about, as they finished 21-29 and in 4th place in the Midwest Division. That's to be expected from an expansion team in any league, however, and the team revitalized in the off-season by replacing first coach Glynn Cyprien with former Iowa general manager Brad Jones. Through 27 games, the Hustle are doing much better in the 2018-2019 season, with a record of 16-11 that places them in 6th in the Western Conference of the G League.

Memphis is succeeding with offense, as the team ranks in the Top 5 for points per game in the G League; their defense is not too shabby either, sitting in 11th. Among the team's stars are Brandon Goodwin, Ivan Rabb, and Jarnell Stokes, all of whom are averaging over 20 points per game for the Hustle. Their main playmaker is Jevon Carter, who sits at almost 5 assists per game while also contributing 18 points of his own per contest. Rabb and Stokes are the big presences down low, with both pulling down 8 rebounds per game, while Rabb is also adding nearly 2 blocks to protect the paint. It's a balanced team effort and it's helped turned the fate of the team around in short notice.