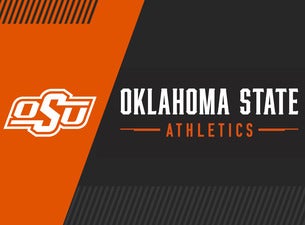 The Oklahoma State Cowboys are a hard-charging team with a long history and a lethally loyal fan base. Coached since 2017 by Mike Boynton, the Oklahoma State Cowboys have appeared in four Final Four series and have won two NCAA and four conference tournament championships. Oklahoma State plays in Gallagher-Iba Arena, which was built in 1938 as the 4-H Clubs and Student Activities Building and was renamed Gallagher Hall after the beloved wrestling coach Ed Gallagher. Most recently renovated in 2000, the venue was renamed Gallagher-Iba to honor influential head coach Henry Iba. The arena seats 13,000 and is also the home of the NCAA women's division Cowgirls basketball.

Oklahoma State's basketball program dates back to 1908, when the school was known as Oklahoma A&M College and the team was the Aggies. The university became Oklahoma State in 1957 and joined the Big Eight the same year — midway through the 36-year tenure of Henry Iba, who started coaching basketball at A&M in 1934 and stayed until 1970. Under his tenure, the team reached the Final Four four times and won the championship twice. Coach Iba was known for an inventive and fearless defensive strategy that prized low-scoring games of endurance and perseverance using the "swinging gate" defense. In 1990, former Cowboy Eddie Sutton took the reins, taking Oklahoma State to Sweet 16 his first year and to the Final Four twice more in 1995 and 2004, for the first time since the ‘40s.

More than two dozen Cowboys have gone on to play in the NBA, including NBA All-Defensive First Team 2019 member Marcus Smart, NBA champions Tony Allen, Terrel Harris and Corey Williams, and NBA All-Star John Starks. In 2001, a plane crash in Colorado during a snowstorm killed two Cowboys players and several staff members, plus the pilot and copilot, who are honored every year at events called "Remember the Ten."

The Cowboys' rivalry with the University of Oklahoma transcends the sport of basketball and is known as the "Bedlam Series," named for the intense competition of the wrestling teams in the old Field House. The basketball rivalry between the two Big 12 teams dates back to 1907, and the Cowboys last swept the series in 2017.