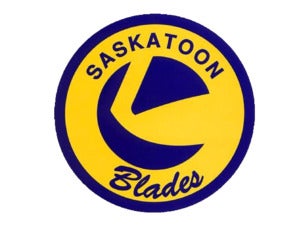 About The Saskatoon Blades

Saskatoon, Saskatchewan, is home to one of the oldest and most respected teams in the Western Hockey League. Founded in 1964 and playing in what is now the WHL since its inception in 1966, the Saskatoon Blades is the only original team in the WHL never to have relocated or switched leagues. In addition to Hockey Hall of Famer Bernie Federko, notable former Blades alumni include Braden Holtby, Mike Babcock, Brayden Schenn, Wendel Clark, and former Blades coach Brad McCrimmon.

The Saskatoon Blades play in the SaskTel Centre, which opened in 1988 as Saskatchewan Place and seats 15,100 for hockey. It is the third-largest full-time arena in the WHL and the largest not to concurrently host an NHL team. The SaskTel Centre has been expanded and renovated twice — for the 1991 and 2010 World Junior Hockey Championships — and has hosted the 1989 and 2013 Memorial Cups.

The SaskTel Centre also is home to the 2018 National Lacrosse League champion Saskatchewan Rush, and is where Bret "The Hitman" Hart won his first WWE Championship against "Nature Boy" Ric Flair in 1992. A nearby street is named after "Wild Bill" Hunter, who helped found the WHL and the Edmonton Oilers, and whose efforts to move the St. Louis Blues to his native Saskatoon in the '80s eventually led to the development of the SaskTel Centre.

The remains of Saskatoon-based legend Gordie Howe and his wife Colleen are interred at the base of a statue of him outside the SaskTel Centre, making it a necessary pilgrimage for die-hard hockey fans.

The Saskatoon Blades are in the East Division of the Western Hockey League's Western Conference, along with the Swift Current Broncos, Brandon Wheat Kings, Moose Jaw Warriors, and their two main rivals, the Prince Albert Raiders and the Regina Pats. The Blades have won nine East Division regular season titles, have appeared in the league finals five times, and were runners-up in the 1989 Memorial Cup, which they hosted.