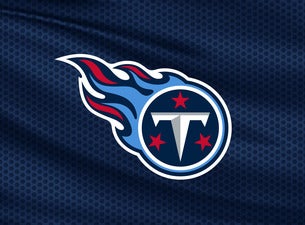 Check out Nissan Stadium in the heart of Nashville for one of the most exciting sports experiences in the South. The Titans contend for AFC South supremacy - and there's not a bad seat in the house at Nissan Stadium to watch it happen. Whether you're in the upper deck or on the 50-yard line, you're going to get a glimpse of unforgettable football action. Want to have even more fun at the games and revel in that warm, Southern hospitality? While you watch the Titans, you can also enjoy true Southern delicacies, including enormous turkey legs, delicious tater tots piled with pulled pork and local craft beers. Who doesn't want to fill their stomach with tasty local goodies while they cheer on the home team?

In 2019, the Titans finished with a 9-7 record for second in the AFC South and entered the playoffs as a wild card team. An outstanding playoff run included wins over the No. 3 seed New England Patriots and No. 1 seed Baltimore Ravens before falling to the eventual Super Bowl champion Kansas City Chiefs in the AFC Championship.

Tennessee is looking for another strong season in 2020 with quarterback Ryan Tannehill and running back Derrick Henry. Tannehill went 7-3 as the starter in 2019 and has a 70% passing completion rate. Henry led the NFL with 1,540 rushing yards and 16 touchdowns. Tannehill had good chemistry with A.J. Brown, who led all NFL rookie receivers with 1,051 receiving yards. Head coach Mike Vrabel looks to improve the defense in 2020 around players like linebacker Harold Landry, who led the team with nine sacks.

The Tennessee Titans franchise was founded in 1960 as the Houston Oilers. In 1997, the team relocated to Tennessee and was eventually renamed the Titans in 1999 to match the spirit of the city and mark a new beginning for the organization. The organization has won more than 400 regular season and postseason games, captured one conference championship, nine division titles and clinched 23 playoff appearances in its history.