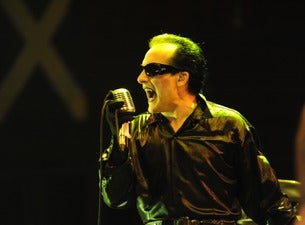 THE DAMNED IN CONCERT:

The Damned will go down in music history as the first British punk band to release a single, but most fans will remember them for the fury of their epic live shows. Adrenaline-fueled guitar solos and rapid-fire snare rolls are the order of the day wherever the group plays, and audiences always go crazy for their raw, unbridled sound. They balance their high-speed energy with gothic elements like eerie keyboard flourishes and Dave Vanian's dark vocals, and the result is a dynamic concert experience that stays true to their punk roots while also exploring more shoadowy territory. On tour The Damned tears through intense tunes like “Neat Neat Neat”, “New Rose”, and “Smash It Up” with savage intensity, treating ticket buyers to a high-octane punk rock spectacle that shakes them to their core.

Dave Vanian (vocals), Captain Sensible (guitar/bass), Rat Scabbies (drums), and Brian James (guitar) formed The Damned in 1976. That same year they beat all their punk contemporaries to the punch by releasing "New Rose", the first single of the British punk movement. They also released the first UK punk album, 1977's Damned Damned Damned, an instant classic that's as vital today as it was 30 years ago. Their early emergence on the scene and popularity allowed them to tour the US before any of their British peers, and they influenced numerous ‘80s hardcore bands in the process. The group added keyboards and began experimenting with tempo dynamics in the ‘80s -- two developments that proved pivotal to the goth movement. After being dormant in the ‘90s they reformed at the end of the decade and haven’t looked back since. The Damned are still going loud and  strong, bringing their signature sound to new generations of punk fans every time they tour.