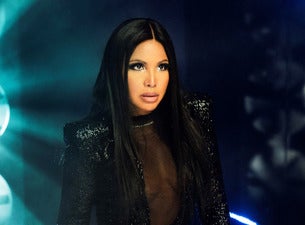 Few singers in recent decades have demonstrated the widespread appeal and staying power of Toni Braxton, the smoky-voiced alto who can deftly move from R&B to pop to Broadway with impressive ease. Toni first mesmerized fans in the ‘90s with heartrending radio hits like “Breath Again” and “Unbreak My Heart,” both would undoubtedly be lead contenders for best break-up song of the decade. She would continue to rule the ‘90s, with fans worldwide clamoring for tickets to watch her perform tunes like “Another Sad Love Song,” “You Mean the World to Me” and “You’re Makin’ Me High,” with her signature sultry voice and seductive moves. In 1998, she made a history-making career move by playing the part of Belle in Disney’s Beauty and The Beast on Broadway – the first African American woman to play the role. Having proven her acting chops and vocal versatility on the stage, she went on to star in another Broadway production – Elton John and Tim Rice’s Aida . She continues to perform live, singing fan favorites like “Spanish Guitar,” “Yesterday,” “I Heart You,” and “Hurt You” along with her winning ‘90s repertoire.  Toni cites Luther Vandross, Stevie Wonder, Chaka Khan and Anita Baker as influences, while a newer generation of fans have compared her to artists like Jennifer Hudson, Mary J. Blige, and Fantasia Barrino.