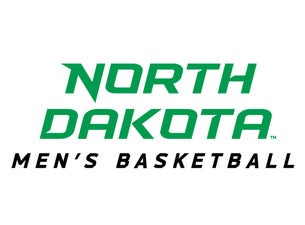 Grand Forks, North Dakota, is home to one of the most competitive men's basketball programs in the Summit League. The Fighting Hawks play at the Betty Engelstad Sioux Center, which opened in 2004 and seats 3,300, and is adjacent to the Ralph Engelstad Arena, where the UND men's hockey team take to the ice. They are coached by Paul Sather, who joined North Dakota in 2019 after successful stints at NAIA Black Hills State, and Division II Northern State before replacing longtime Fighting Hawks coach Brian Jones.

The University of North Dakota first fielded a basketball team in 1904, and was coached by UND football coach and athletic director George Sweetland. In 1921, North Dakota joined eight other schools as charter members in the North Central Conference, and was one of two schools (including the University of South Dakota) to be aligned with the NCC from its inception until folding in 2008. A move to Division I and the Great West Conference coincided with the demise of the NCC, followed by a switch to the Big Sky Conference in 2012, and the Summit League in 2018. UND's athletic programs were previously known as the Fighting Sioux until a protracted debate ended with the adoption of the current name in 2015.

The mid 1960s were a period of great success for North Dakota, as they reached the College Division (now Division II) Final Four twice, losing to Southern Illinois in the semifinals in both 1965 and 1966. Legendary NBA player and coach Phil Jackson played at UND from 1964 to 1967, while fellow Basketball Hall of Fame member Bill Fitch coached North Dakota from 1962 to 1967. In 2017, UND won the Big Sky regular season and tournament championships, clinching their first berth in the NCAA Division I Men's Basketball Tournament. The 15-seed Fighting Hawks would go down against the 2-seed Arizona Wildcats at Salt Lake City in the opening round of the tournament.