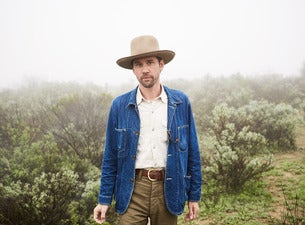 Bluegrass singer-songwriter Willie Watson rose to prominence in the early '00s as a founding member of beloved Americana outfit Old Crow Medicine Show, but lately it's his solo work that fans are crowing about. The veteran multi-instrumentalist remained as sharp as ever in 2014, making his solo debut with the Folk Singer Vol. I LP and supporting the release with a series of boot-stomping shows on tour. From the furious banjo fingerpicking of "Dry Bones" to the gentle acoustic strum of "Keep It Clean", Watson's vintage sound and authentic croon always make for an old-time concert experience fans won't want to miss.

Willie Watson was born and raised in upstate New York, where he was immersed in the region's bluegrass music traditions from an early age. He dropped out of high school in the mid-'90s and spent several years performing with his band The Funniest Game, and in 1998 he formed Old Crow Medicine Show with several other musicians from in the local Ithaca, NY music scene. Watson went on to enjoy a decade-long run with the band that included eight critically acclaimed albums, extensive touring, and recognition as one of the most respected acts in contemporary America which really took off with his ingenious takes on traditional folk standards. His solo debut, 2014's Folk Singer Vol. I, earned praise from critics and fans alike for its creative covers of established classics and forgotten gems. A veteran performer known for his unadorned sound and worldly-wise vocals, Watson continues to impress with no-frills performances on tour.