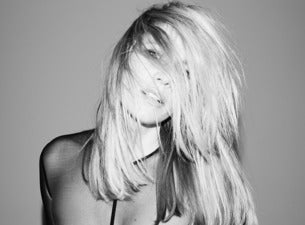 British pop singer Natasha Bedingfield knows how to craft a song. Her debut album Unwritten went triple platinum in the UK and contained three UK top 10 singles. “Single” and “Unwritten” rose to the top 10 while “These Words” rocketed straight to No. 1. In concert, Bedingfield is a tremendous, passionate artist who gives amazing performances and leaves everything onstage, ensuring that ticket holders are never disappointed. Her connection with the audience can be felt as much as it can be heard in the songs on “Live in New York City” from her 2007 tour. Bedingfield’s most recent album Strip Me Away in 2011 debuted at No. 103 on the Billboard 200.

Music has always been a facet of Bedingfield’s life as she and her siblings formed The DNA Algorithm as teens, with Bedingfield as the vocals. Bedingfield’s career began with recording demos in garages and writing songs for the Hillsong London Church. It wasn’t until 2003 that Bedingfield signed with Phonogenic Records and released her first album Unwritten, which debuted at No.1 on the UK Albums Chart, in 2004. Since bursting onto the scene in 2004, Bedingfield’s has released four more albums; Pocket Full of Sunshine, Strip Me, N.B. and Strip Me Away. Bedingfield has garnered multiple award nominations since her debut, and has also won a fair share of awards, such as the Capital FM Award’s Best Newcomer award in 2005 and Best Pop Artist for the BRIT Digital Music Awards in 2007. While Bedingfield has no tour planned yet, fans can be hopeful as she has announced an album for 2014.