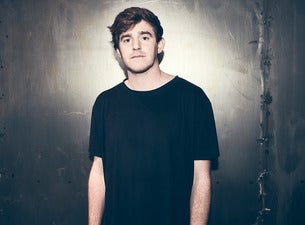 NGHTMRE, the leader of the new school of genre-busting electronic titans, returns to Australia and New Zealand for his biggest run of headline dates yet! The North Carolina native has taken the global electronic scene by storm since debuting in 2015, playing at every major festival and venue in North America and taking his high-energy set across Europe and Asia. Heralded by his Nuclear Bonds EP with long-time mates Slander, his Mad Decent trap anthem Street and official remixes for everyone from The Prodigy and Theophilus London to The Griswalds and Flux Pavilion, NGHTMRE is a diverse talent who’s on absolute fire.

His career reached new heights this year, when he came to Australia to support the legendary Flosstradamus in support of their collaborative Lighters Up single, tearing through audiences at the continent’s premier venues. He proceeded to return to America where he debuted the insane Atom Stage at his and Slander’s sold-out Hollywood Palladium run, a stage design which Billboard described as a “massive, swirling smorgasbord of lights, lasers, and video in the shape of physics' favourite little buddy”. The Atom Stage went on tour with the boys as part of their joint Gud Vibrations shows, with NGHTMRE taking the occasional break from the North American tour to play stages across Europe and Asia.

With recent releases frequently distinguished by industry bible BillboardMagazine, NGHTMRE is among the most in-demand names in electronic music, and returns this summer in what will be an experience you won’t soon forget.