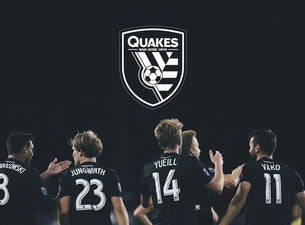 They've gone by different names and played in many different stadiums, but the San Jose Earthquakes in one form or another have been a colorful and boisterous presence in the Bay Area going back nearly half a century. In 1974, the North American Soccer League awarded an expansion franchise to San Jose, and general manager Dick Berg christened his team the Earthquakes.

The name apparently caused grumbling among some locals, for whom seismic geology is not a thing to cheer. But the name stuck anyway — for a time. Now try to follow the timeline: The NASL folded in 1984, and after briefly switching leagues the Earthquakes folded, too. They were replaced by the San Francisco Bay Blackhawks, who were the forerunners to the San Jose Clash, one of 10 original Major League Soccer (MLS) teams. By the end of the ‘90s, the Clash had become the Earthquakes again.

The Earthquakes won MLS titles in 2001 and 2003. In 2012, they showed a knack for late rallies en route to the league's best record. "Goonies never say die," forward Steven Lenhart explained after a comeback victory over San Jose's archrival, the LA Galaxy.

It was the beginning of what's known as the Goonies Era of San Jose Earthquakes soccer, which has lived on in Quakes fan culture. The team's anthem, written by South Bay native and Rancid singer Lars Frederiksen, is "Never Say Die." In 2017, the Quakes returned to the black kits of the Goonies years, perhaps hoping to summon some of the old magic.

In the early days of MLS, the Earthquakes played in San Jose State University's Spartan Stadium. Today they play in Earthquakes Stadium, a privately financed soccer-specific stadium that features a new player tracking system similar to the one used by the Quakes' Bay Area neighbors, the Golden State Warriors of the NBA.

If the stadium indicates a forward-looking franchise, so does their new coach: Matías Almeyda, one of the best managers from South America. Almeyda coached Chivas to the CONCACAF Champions League title in 2018 before decamping for the South Bay. He's a sharp tactical mind who favors a fun, attacking style of play.