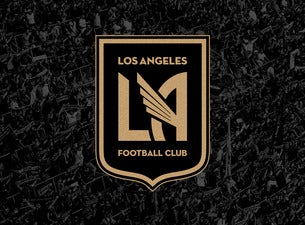 One of the newest teams in Major League Soccer is giving Los Angeles something to talk about since coming into the league in 2018. Also known as The Black and Gold, Los Angeles FC play out of the 22,000-seat Banc of California Stadium, built on the site of the Los Angeles Memorial Sports Arena in Exposition Park.

LAFC's main rivalry against LA Galaxy has quickly become one of the most exciting in the league. Named after the notorious local traffic in the Southland, "El Tráfico" pits one of the original and most successful MLS franchises against one of the newest.

Los Angeles FC was founded in October 2014, days after another Los Angeles–based MLS club, Chivas USA, folded. An ownership group containing names ranging from Peter Guber and Magic Johnson to Mia Hamm, Nomar Garciaparra, and Will Ferrell, among others, contributed to the unique blend of star power and success that gave LAFC a running start.

Bob Bradley, who has had success coaching in the collegiate, MLS, international and European pro levels, was chosen in 2017 as Los Angeles FC's first head coach. The former USMNT coach has had previous success getting the most out of an expansion MLS team, leading the Chicago Fire to an MLS Cup/U.S. Open Cup double in their first season in 1998.

Los Angeles FC held their own in their inaugural season, qualifying for the MLS Cup playoffs with a record 57 points for a first-year team, as well as reaching the semifinals of the U.S. Open Cup. They followed that up with a record 72 points in 2019 to win the Supporters' Shield and reached the conference finals of the MLS Cup Playoffs.

The high-powered Black and Gold offense was led by Mexican superstar Carlos Vela, rising Uruguayan star Diego Rossi, and forward Adama Diomande, who played under Bob Bradley when both were with the Norwegian club Stabæk in 2015.